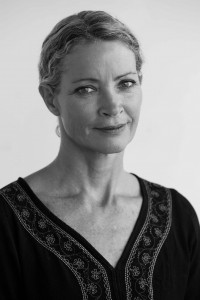 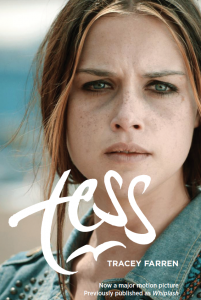 Modjaji Books and The Book Lounge are very excited to invite you to the launch of TESS by Tracey Farren. TESS is the movie tie-in version of Tracey’s first novel that we originally published as Whiplash back in 2008. For the Cape Town launch of the novel, we are hosting a discussion between Tracey Farren (the author) and Meg Rickards (the director of the movie) about the process of turning the novel Whiplash into the movie Tess. Colleen Higgs the publisher will host the discussion. We’d love to see you there.

The movie opens in South Africa at Ster Kinekor cinemas on the 24th February. The movie has already won several awards and received high praise from reviewers.

‘[Tess] digs its nails into you from the word go … raw, tender, and laugh-out-loud funny – a kickarse gem of a book. Told with startling poetry in the grittiest of emotional landscapes, [it] puts Farren on the map as a wordsmith of astonishing talent.’ – Joanne Fedler

‘Farren shows that she has a true gift for getting into the hearts of very ordinary people while astutely setting the South African sociopolitical context.’ Jane Rosenthal, Mail & Guardian

When the book was published as Whiplash by an unknown debut author in 2008, it was short listed for the Sunday Times Fiction Prize in 2009, and the author received A White Ribbon Award from the Women Demand Dignity Advocacy Group.

A gut wrenching story of a Muizenberg sex worker, Tess who pops painkillers by the handful and sells her body to strangers. When a condom breaks, Tess’s life swings one eighty degrees. She gives up her drugs until she can get to an abortion clinic. Her cold turkey opens up a window in her mind, whipping Tess into a shattering understanding of how she got here. Tess’s quirky humour, raw honesty and deep love of beauty lead her to find redemption in astonishing places. This book has a huge heart, like Tess, revealing that there is something in everyone that cannot be touched. Not by human hands. Not ever.

Tracey Farren lives a stone’s throw from the Cape Point with some children, a luthier and a pack of dogs. She has a psychology honours degree and worked as a freelance journalist for several years before her muse called her to fiction. Tess is a new edition of her first acclaimed, award-winning novel, Whiplash. Her second novel, Snake was published in to critical acclaim and she has just finished writing her third novel, The Rig.

← Book Launch: Unlikely by Colleen Crawford Cousins All you wanted to know about publishing but didn’t know who to ask →