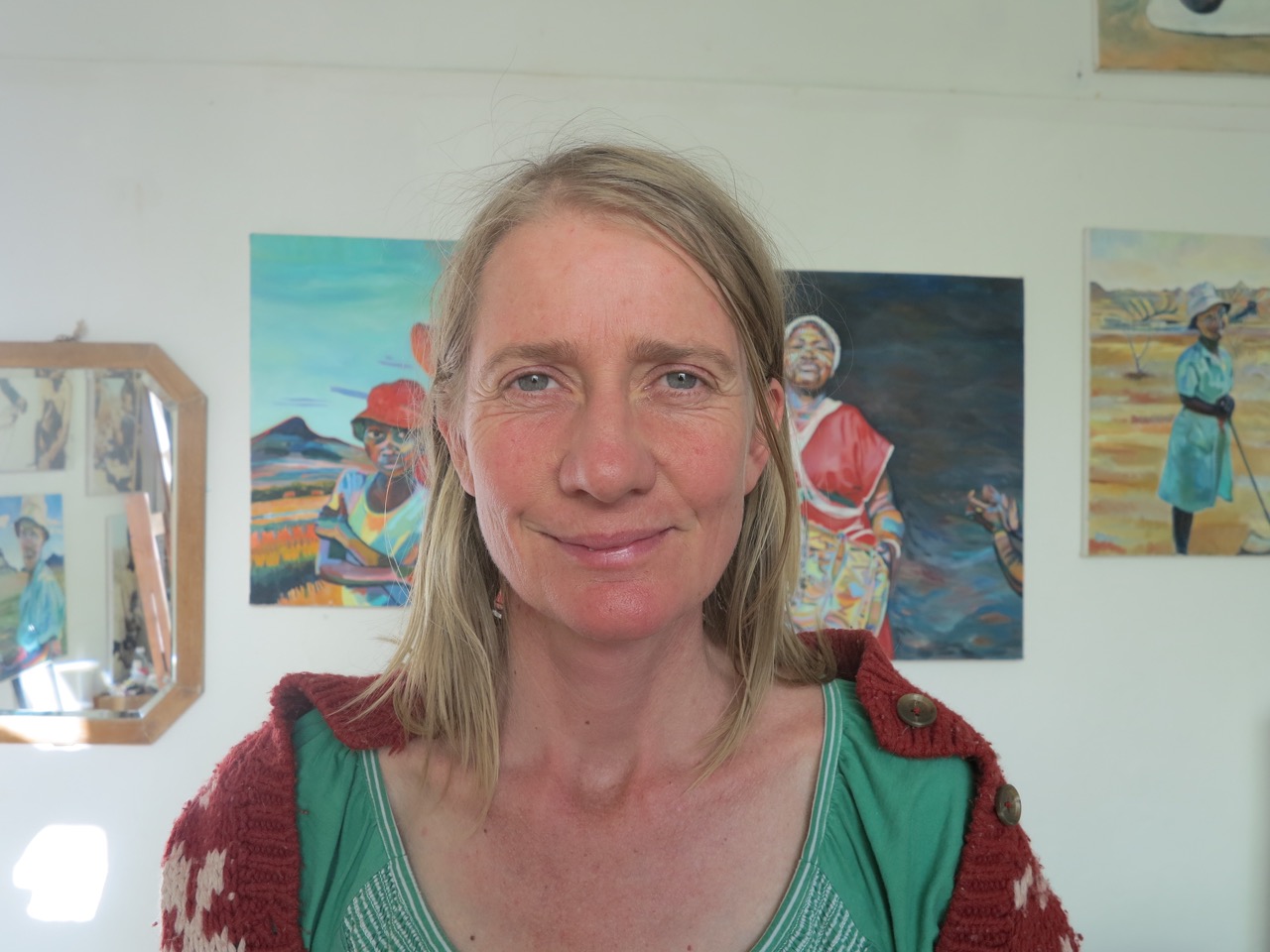 Thandi Sliepen is a painter, sculptor, writer, homeschooling mum, gardener and recently – a miller and cob house builder based in Ladybrand in the Eastern Free State.

She was born in 1971 in Cape town to newly arrived Dutch parents who met each other at Xhosa night classes. In 1976 her parents left South Africa with Thandi’s younger sister Zawadi and eventually settled in New Zealand where she completed her formal education. Thandi returned to South Africa at the age of 19.

Thandi has a large body of accumulated poetry. Her first collection the turtle dove told me was published by Modjaji Books and won a SALA award in 2014. A second collection will be published in 2021.

She has also been published in various lit. magazines including New Contrast, New Coin and Carapace. Her paintings were used on the covers of New Contrast in 2009. Her poetry was included in an anthology Heart of Africa! Poems of Love, Loss and Longing. African Sun Press 2014. In 2018 she participated in the 2018 McGregor Poetry Festival and you can hear her read a few poems on the Badilisha Poetry X-Change. https://badilishapoetry.com/thandi-sliepen/